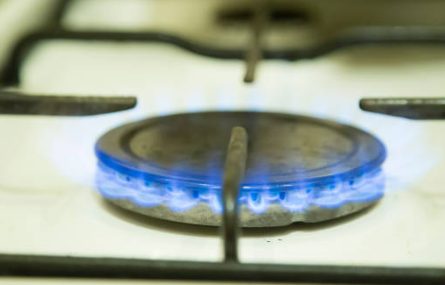 The depletion from natural gas storage in the United States was larger than anticipated, but it was insufficient to increase prices from 19-month lows.

Earlier in Thursday's session, February gas prices hit a low of $3.203, narrowing the distance between a reduction to the $2 region to less than 20 cents. U.S. gas futures have not traded below $3 since May 2021. Their value has declined by about 20% since the beginning of 2023, and by 15.5% year-over-year.

John Kilduff, a partner at the New York-based energy hedge fund Again Capital, commented, "What's being asked of folks who are long on gas is quite a bit: that the weather quickly returns to winter-normal cold." This is something that gas bulls have no control over.

The short-term weather forecast is vague and even baffling. Major weather forecast models, such as the U.S.-based Global Forecast System (GFS) and the European Center for Medium-Range Weather Forecasts (ECMWF), foresee a cooling trend by the final week of January. In addition, above-average Gas-Weighted Degree Days (GWDDs) are expected to develop around January 25 and linger until February.

Despite this, the GFS is downplaying the severity of the impending winter weather event, depicting a fairly ordinary Arctic air mass as compared to the remarkable Arctic air mass that moved as far south as Houston, Texas, in late December, bringing temperatures as low as ten degrees.

Other weather models, such as the Canadian (GEM) and the CFSv2, predict temperatures of 80 degrees below zero in Siberia, which might reach the interior of the United States. Compared to the first half of January, when most locations saw record-low temperatures, the number of GWDDs during the period between January 18 and January 31 is the third highest for the time period over the past five years.

Meteorologist NatGasWeather noted in a Wednesday blog post on naturalgasintel.com:

"Overnight data sustains very light national demand over the next three days, light this weekend until the start of the following week, but solid demand for the week of January 26-31," Recent model runs were not as impressive in terms of the quantity of cold that would reach the United States, nor were they as active in advancing subfreezing air into the southern and eastern United States.

In a blog post published on the same website on Thursday, some analysts noted that production has been solid this month – above 100 bcf/d – while mild weather has lowered heating demand in large sections of the Lower 48 states.

An Analyst expert was quoted by naturalgasintel.com as saying, "Demand has underperformed significantly." The need for storage has dramatically decreased.

According to the website, the recent fall in gas supply has decreased storage capacity to 2,820 trillion cubic feet (tcf). This compares to the previous year's level of 2,839 tcf and the five-year average of 2,786 tcf.