The Ascending Triangle: What is it & How to Trade it? The ascending triangle, sometimes known as the 'rising triangle,' is a popular mid-trend continuation pattern. Traders predict that the market will continue in the direction of the wider trend and therefore build trading setups.

What Is An Ascending Triangle?

The ascending triangle pattern is a bullish continuation pattern defined by a rising lower trendline and a flat upper trendline acting as support. As price continues to hit greater lows, this pattern shows that buyers are more aggressive than sellers. When price breaks out of the triangle in the direction of the broader trend, the pattern is complete. 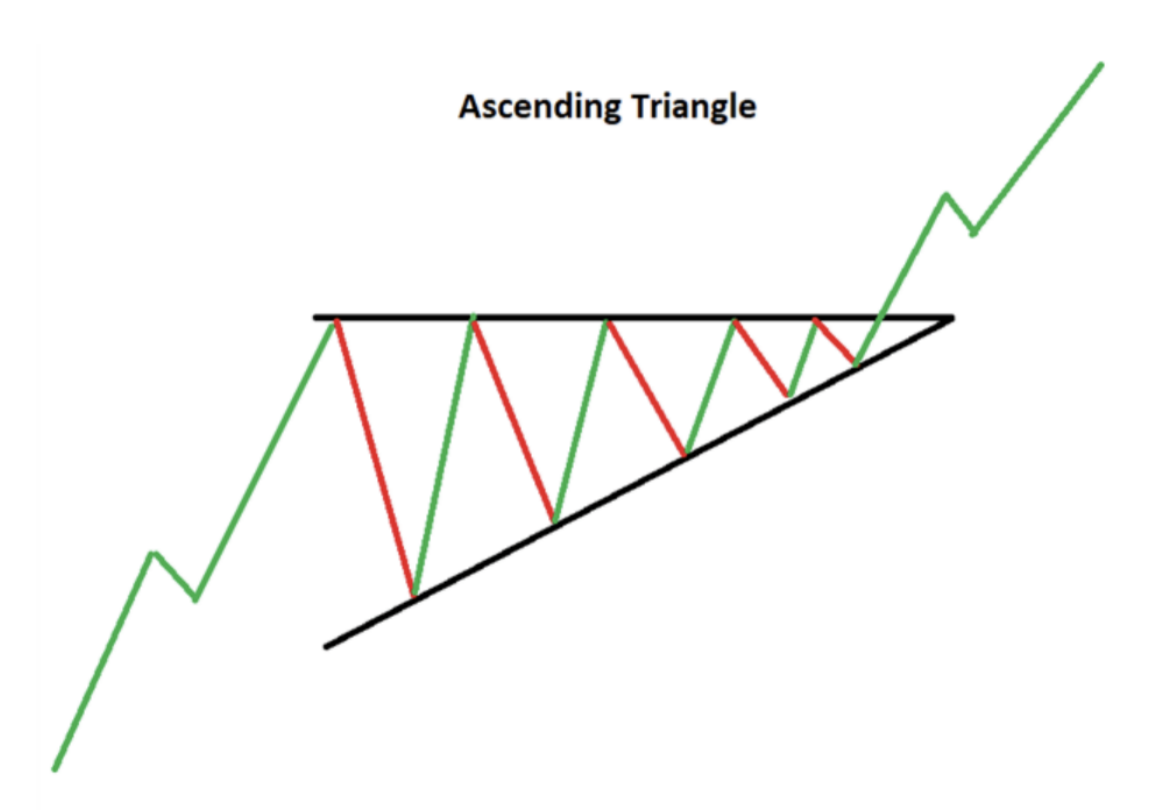 The Ascending Triangle as a Bottoming Pattern

How To Identify An Ascending Triangle Pattern On Forex Charts

Once traders understand what to look for, the ascending triangle is pretty straightforward to see on forex charts.

Consolidation: As the market enters the consolidation period, the rising triangle begins to take shape.

A rising lower trendline may be formed by connecting the lows while the market is consolidating. This ascending trendline indicates that buyers are gradually driving the price upward — providing more evidence for a bullish trading inclination.

Upper trendline is flat: The upper trendline functions as a barrier. Price frequently approaches and bounces off of this level until the breakout happens.

After price breaks decisively above the upper trendline, traders will look for confirmation of the pattern in the form of further upward momentum. 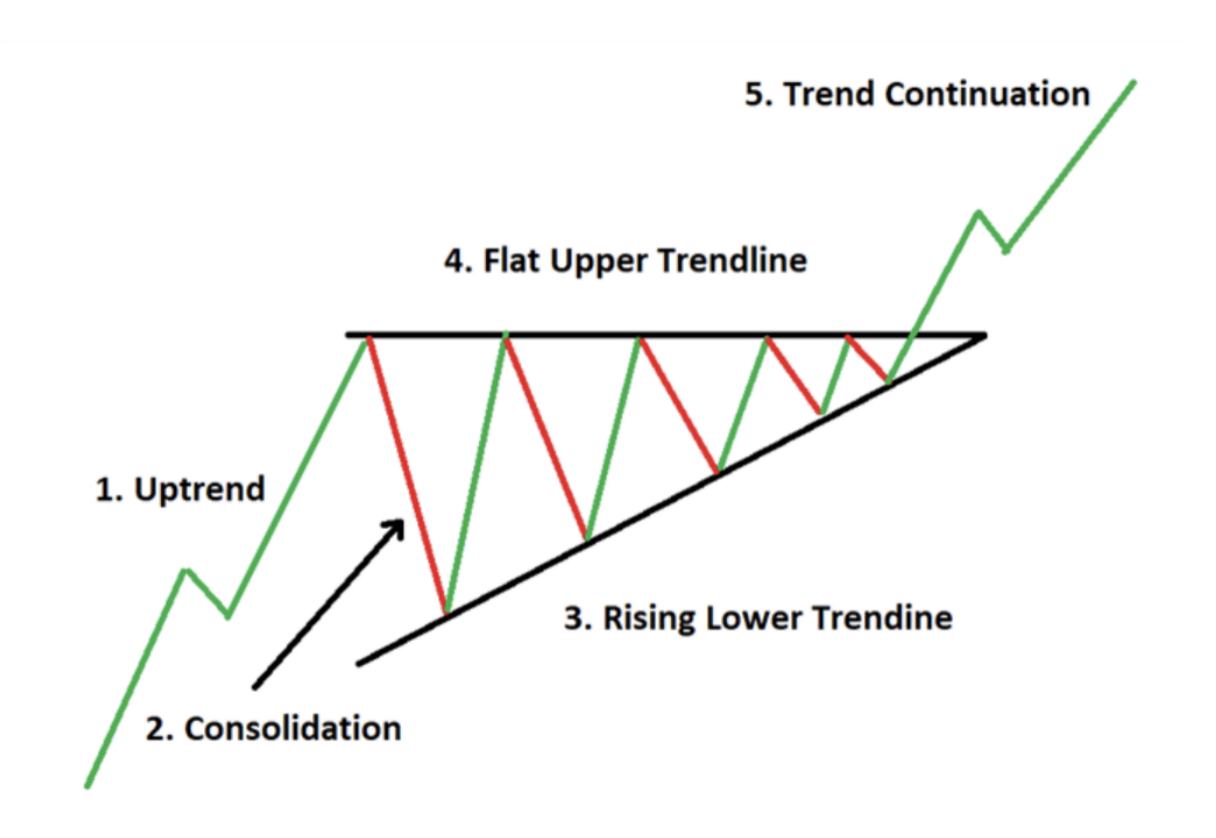 The ascending triangle pattern incorporates a built-in measurement mechanism that may be used to estimate possible take profit objectives.

Traders can calculate the distance between the start of the pattern, at the lowest point of the rising trendline, and the flat support line for the ascending triangle. Later on, this identical distance can be transferred, beginning at the breakout point and finishing at the probable take profit level.

The picture below demonstrates how the distance between A and B might be projected further up, from C to D, to project a probable take profit level. 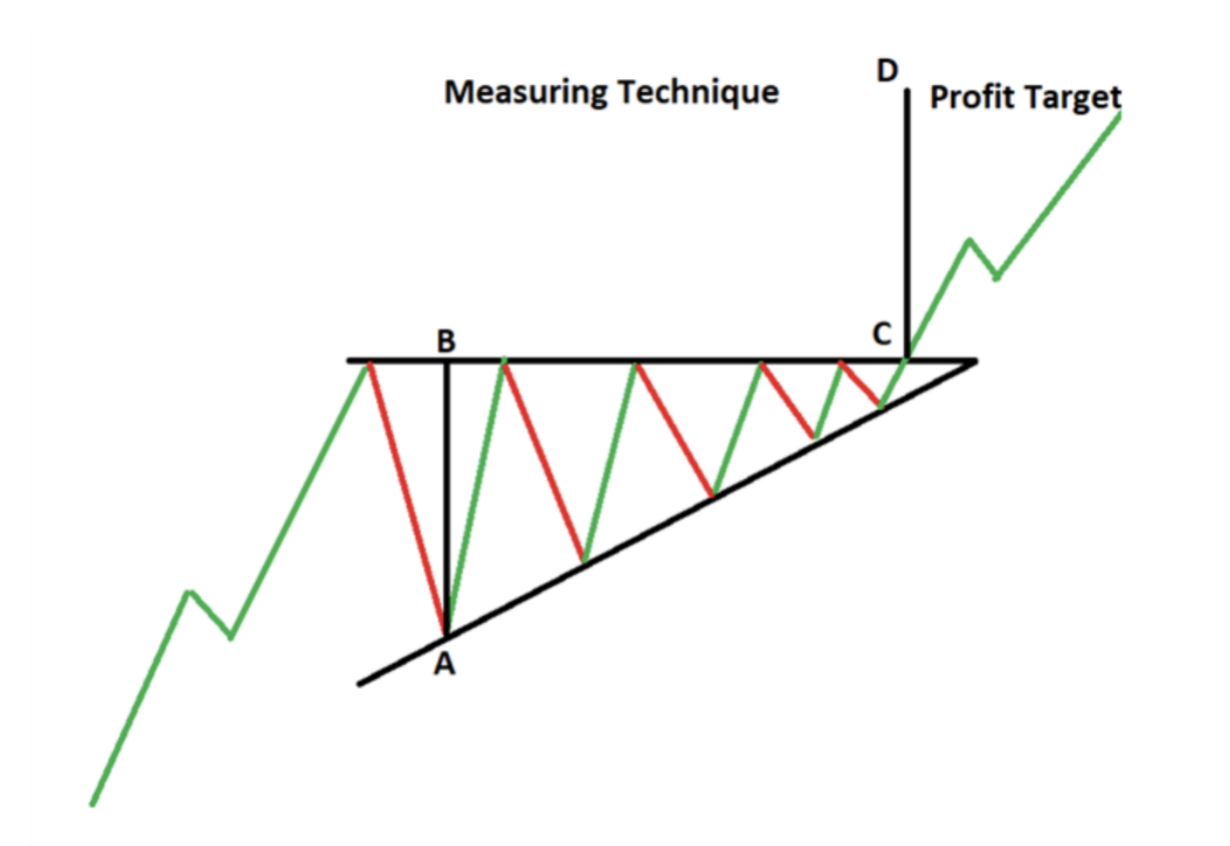 How To Trade The Ascending Triangle

After observing a solid break over resistance, traders may open a long position, putting a stop loss at the previous swing low and establishing a take profit goal consistent with the measurement approach. 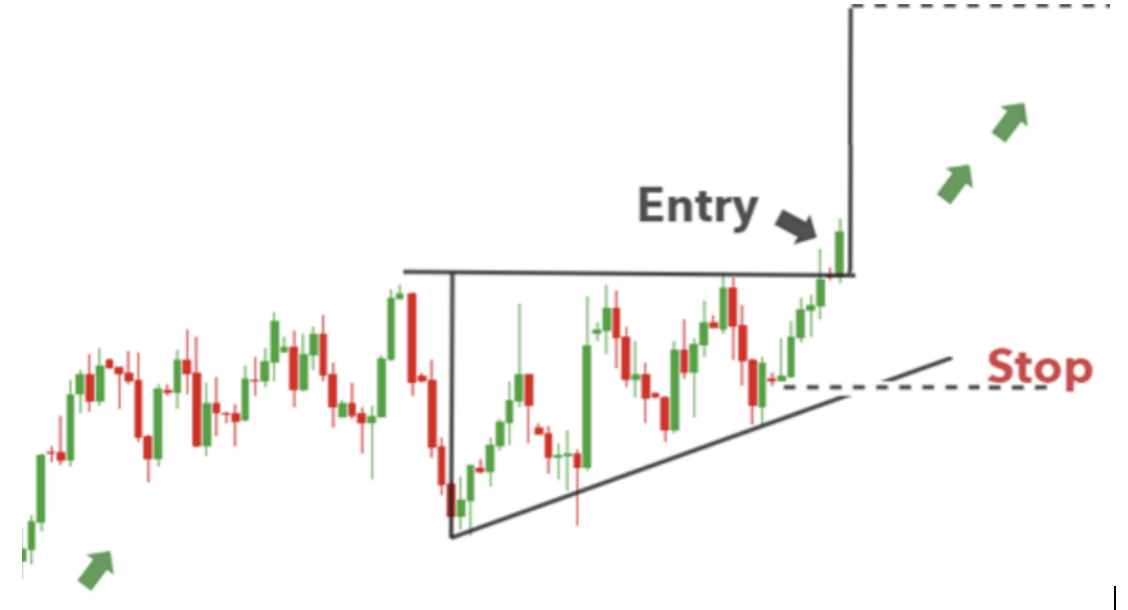 Advantages And Limitations Of The Ascending Triangle

When examining probable trend continuations, the ascending triangle is a very useful pattern. It does, however, have some drawbacks, which traders should be aware of.