Oil Rises As Bulls Look Beyond China's Weakness and US Data 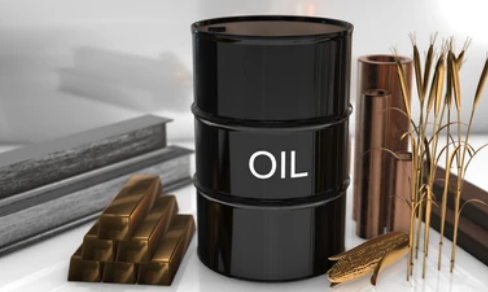 Crude oil futures performed inconsistently on Tuesday due to a barrage of bad data as markets reopened after a U.S. holiday; nevertheless, a frenzied late push by oil bulls resulted in a solidly higher ending.

The most actively traded contract for New York West Texas Intermediate (WTI) crude in February closed at $80.18 a barrel, an increase of 32 cents, or 0.4%. Before continuing its upward trajectory, the contract fluctuated between $81.23 and $78.53 intraday. In recent weeks, this was one of the more tumultuous trading sessions for oil. Meanwhile, WTI for March closed up 34 cents, or 0.4%, at $80.45 a barrel.

Last week, oil bulls added more than 8% to both WTI and Brent to counteract the fall of the previous week.

As the markets reopened for the week on Tuesday following the Martin Luther King holiday on Monday, it got more challenging for long crude investors to retain an optimistic view as a barrage of mixed economic data from the world's largest oil importer, China, arrived.

On Tuesday, the New York Federal Reserve released an extremely poor NY Fed Manufacturing report, with a reading of -32.9%, compared to a prediction of -8.6% and a previous reading of -11.20.

In the next few days, it is expected that U.S. retail sales would tumble by 0.8% in December, compared to November's 0.6% decline, which was already the largest drop in 11 months.

Typically, weak GDP, employment, and retail sales numbers have a negative impact on the price of oil, as they are structurally vital data that drive more energy usage when they are good.

While this week's China data are certainly awful, oil bulls are putting a positive spin on this week's dismal U.S. data by linking them to the potential that the Federal Reserve may impose the smallest rate hike in eight months if the numbers are weaker than anticipated.

US consumer prices declined in December for the first time in over two and a half years, adding to optimism that inflation is on a lengthy downward trend that could allow the Fed to delay rate hikes.

Ed Moya, an analyst at the online trading platform OANDA, said, "Crude prices continue to surge on confidence for China's reopening." However, the U.S. industrial sector is rapidly deteriorating, which might undermine the current oil rise.

Moya added, "The China reopening optimism-induced oil increase may have a little more room to run, but it should halt quickly." Energy traders are likely within a few bucks of significant technical resistance.