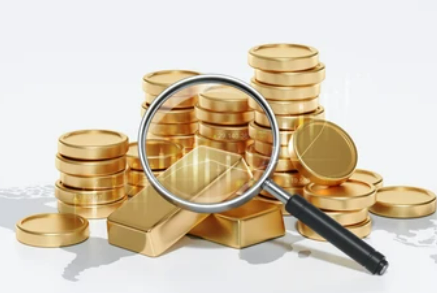 On Thursday, gold prices partially recovered from a two-day losing streak amid escalating concerns about an impending recession and the direction of U.S. monetary policy, while copper prices stayed stable on the back of growing optimism regarding the Chinese economic recovery.

Wednesday's results on U.S. retail sales and industrial output for December were worse than anticipated, stoking fears of a larger economic downturn in the United States as the nation contends with restrictive monetary policy and relatively high inflation.

Despite this, other Fed members, such as Loretta Mester and James Bullard, have advocated for additional interest rate hikes, as inflation remained significantly above the yearly target of 2%. In addition, they projected that U.S. borrowing rates will likely peak at 5%, whereas the majority of members advocated a more gradual increase in rates.

According to data from the United Kingdom and the Eurozone, inflation remained elevated in both nations, indicating that their respective central banks will likely continue to boost interest rates. This may also have a negative effect on the price of gold bullion.

In recent sessions, however, the price of the yellow metal has surged due to rising worries of a worldwide recession, especially as more nations tighten monetary policy to combat excessive inflation. This led to gold establishing $1,900 per ounce as a strong support level.

Other precious metals maintained a limited trading range on Thursday. Despite the fact that both metals experienced significant losses this week, platinum futures rose 0.1% while silver futures sank 0.2%.

Copper prices eked out slight gains this week, as optimism on China's economic recovery prevailed over fears of an impending recession.

Futures for high-grade copper stabilized at $4.2260 a pound, keeping just below a six-month peak.

Gita Gopinath, deputy managing director of the International Monetary Fund, told Reuters that China could experience a rapid economic recovery in the second quarter of 2022, following the relaxation of the majority of anti-COVID policies.