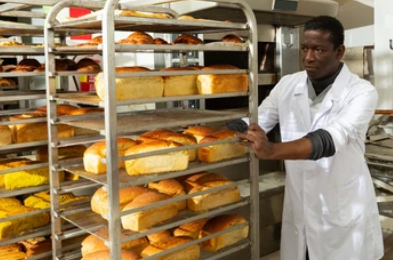 The Egyptian government will begin selling inexpensive bread to those who are not enrolled in its bread subsidy program, the minister of supply stated on Monday.

Ali Moselhy claimed that customers will be able to purchase 90g loaves at cost using prepaid cards beginning on Wednesday for a trial period. The price has not yet been established, but it will be less than one Egyptian pound ($0.03)

"The goal is to make this essential ingredient accessible without requiring exorbitant profit margins from commercial bakeries," he explained.

More than 70 million of Egypt's 104 million citizens currently receive substantial government bread subsidies. Plans to modify the subsidies have been postponed since the conflict in Ukraine has exacerbated the foreign currency deficit and inflation.

The most recent decision, according to Moselhy, might increase government bread sales by up to 10 percent.

Uncertain if this would require the General Authority for Supply Commodities (GASC) to increase grain imports. Separately, Moselhy claimed that with the recent receipt of funds from the World Bank, GASC would "present proposals weekly, God willing."

Egypt is one of the world's largest wheat importers, but in recent months, private sector importers and mills have struggled to pay for hundreds of thousands of tonnes of wheat stranded in ports, causing bread and flour costs to skyrocket.

Since March 2021, when the government was negotiating a $3 billion financial rescue package with the International Monetary Fund, inflation has reached five-year highs and the currency has lost over half of its value.

In an effort to reduce internal trade barriers, GASC has already begun selling flour to private mills and around 300,000 tonnes of wheat through a newly created commodities market.

Moselhy claimed that grain will also be made available on the exchange to alleviate a feed shortfall that led some farmers to butcher chickens. His statements follow GASC's announcement on Sunday of an unusual solicitation for yellow corn.

Moselhy stated that Egypt planned to acquire about 4 million tonnes of wheat during its local harvest season, which begins in April. In the prior year, the government acquired 4.2 million tonnes.