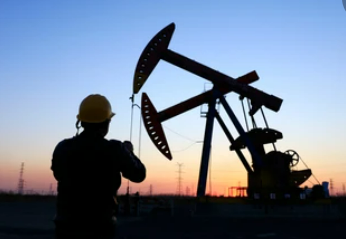 Benchmark Brent oil declined on Thursday, while West Texas Intermediate (WTI) crude remained unchanged, hovering at two-month lows due to uncertainty about the degree to which a proposed G7 restriction on the price of Russian oil would limit supply.

A larger-than-anticipated rise in gasoline inventories in the United States and an expansion of COVID-19 limitations in China also knocked on oil prices.

Due to the Thanksgiving break in the United States, trade volumes were quite low.

The announcement on Wednesday that the expected price ceiling for Russian oil may surpass the current market level triggered a decrease of about 3 percent for both benchmarks.

European Union nations remained divided over what level to cap Russian oil prices to limit Moscow's ability to pay for its battle in Ukraine without causing a global oil supply shock; if positions converge on Friday, more conversations are possible.

A European official claimed that the G7 is discussing a cap of $65-$70 per barrel for Russian oil transported by sea, but European Union member states have not yet reached an agreement on a price.

A higher price ceiling might encourage Russia to continue selling its oil, decreasing the possibility of a global oil supply shortage.

According to two sources, several Indian refiners are discounting Russian Urals crude by between $25 and $35 per barrel compared to the worldwide benchmark Brent oil. Urals is Russia's principal crude export.

Despite the obstacles, Bart Melek, global head of commodities market strategy at TD Securities, is rather optimistic about oil. "The Russian price ceiling is another aspect that contributed to the current price fall," he stated.

The Energy Information Administration (EIA) said on Wednesday that gasoline and distillate inventories in the United States climbed substantially during the previous week. [EIA/S]

China reported the highest daily number of COVID-19 cases since the outbreak began over three years ago on Wednesday. Local officials intensified measures to remove the breakouts, raising investor anxiety over the economy and demand for fuel.