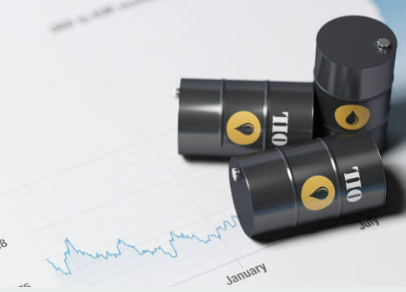 Concerns over headwinds from rising interest rates outweighed expectations that petroleum supply will tighten as a result of the Russia-Ukraine conflict, forcing oil prices to decline for the fourth consecutive week on Friday.

Notwithstanding, oil prices recovered a portion of their weekly losses as Russia appeared set to extend its invasion of Ukraine, a move that could hamper oil shipments and reduce global supply this year. China and India, the two major importers in Asia, purchase significant volumes of crude oil from Russia. As a result of the Bank of England's smaller-than-anticipated interest rate increase, crude prices also experienced some relief.

The Fed's more hawkish-than-expected position on U.S. monetary policy weighed most on oil prices this week, as the central bank warned it was prepared for threats to economic growth and the labor market in its fight against inflation. Additional European and Asian central banks tightened monetary policy this week.

High inflation and high interest rates make it difficult for customers to acquire fuel. In addition, the U.S. government increased oil supply by withdrawing from its Strategic Petroleum Reserve, which has reduced prices in recent weeks.

As a result of Russian President Vladimir Putin's partial mobilization of troops for a military operation in Ukraine, crude prices jumped on Thursday. As was the case earlier in the year, a conflict escalation is likely to cause a shortage of supplies.

The European Union also reinforced its plans for a price cap on Russian oil, while Nigeria's oil minister, speaking on behalf of OPEC+, pledged to restrict output if oil prices continued to plummet.