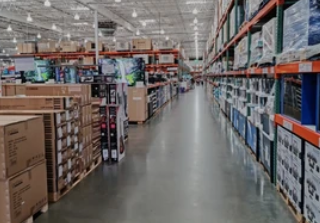 A U.S. judge ruled on Tuesday that Costco Wholesale Corporation (NASDAQ:COST) must face a lawsuit alleging that the corporation falsely sells and labels its canned tuna as "dolphin safe" despite employing fishing techniques that hurt and kill dolphins.

U.S. District Judge William Orrick found in San Francisco that the plaintiff in the proposed worldwide class action asserted that Costco fraudulently pledged to adhere to a higher dolphin-safety standard than was needed by federal law, and then breached its "heightened promise."

Plaintiff Melinda Wright asserted that Costco violated California consumer protection laws by claiming that its tuna was captured using "100% Monofilament Leaders & Circle Hooks," a practice she thought harmful for dolphins, and was "100% Traceable from Sea to Shelf," a claim she judged unreliable.

Costco requested firing. The retailer, situated in Issaquah, Washington, maintained that Wright only hypothesized about the risk to dolphins caused by the tuna she purchased, and that it provided no guarantees about dolphin safety beyond the usage of a "dolphin safe" emblem.

The judge stated, however, that reasonable consumers would infer from Costco's logo and statements about seafood sourcing that the company's fishing practices encouraged "protection and respect" for marine life with minimum adverse environmental impacts based on Costco's emblem and remarks.

According to him, when given the option, consumers "overwhelmingly" prefer dolphin-safe-labeled tuna.

Costco has no immediate comment. Attorneys for Wright did not reply to demands for comment immediately. Orrick did not rule on the case's merits.

Wright stated that she paid $15 for eight cans of Kirkland Signature White Albacore Tuna in Water in 2021 at a Costco in Ukiah, California, but would not have done so or would have paid less if she had realized Costco's claims were untrue.