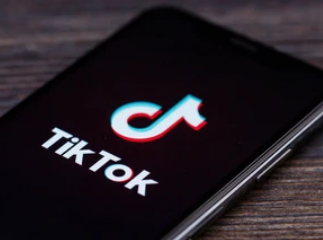 Thursday, the head of the European Union's internal market told the CEO of the Chinese social media startup TikTok that the firm might face a ban in the European Union if it does not increase its efforts to comply with EU legislation by September.

According to a transcript of a video conference between European Commissioner Thierry Breton and Shou Zi Chew, TikTok must comply with the EU's Digital Services Act (DSA) well in advance of the September 1 deadline.

Breton stated, "We will not hesitate to use the whole spectrum of sanctions to defend our citizens if audits do not disclose complete compliance."

TikTok answered that it was dedicated to the DSA and described its compliance efforts with other EU regulations, including the GDPR data protection requirements and a misinformation code of behavior.

Caroline Greer, the manager of public affairs and government relations at TikTok, tweeted, "Our users' safety is of the utmost priority."

The short-video app, which is managed by the Chinese technology company ByteDance, has labored over the past three years to assuage U.S. concerns that the Chinese Communist Party or any other institution under Beijing's authority may access and influence the personal information of its users.

Following the company's admission last month that some of its employees improperly accessed the TikTok user data of two journalists in an attempt to determine the source of media leaks, the pressure on the company increased.

"The DSA includes dissuasive measures, such as an EU ban, for repeated serious infractions that risk the lives or safety of individuals," he stated.

The Digital Security Act requires Internet platforms to do more to police the internet for illegal content or face fines of up to 6% of their global annual sales.

Chew came to Brussels last week to meet with regulators, including EU antitrust chief Margrethe Vestager, in an effort to persuade the bloc that it will adhere to the bloc's increasingly stringent tech legislation and privacy and child safety requirements.