After A Robust Ascent, Gold Prices Are Anticipated to Rise For A Fifth Week 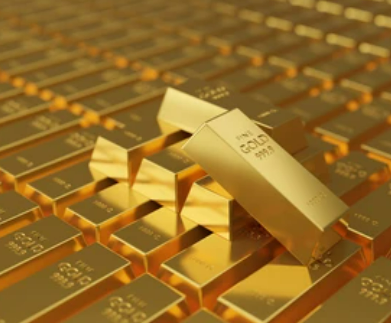 Gold prices remained close to a nine-month high on Friday, following a significant increase in the previous session, and were poised for a fifth consecutive week of gains on the strength of swelling demand for safe-haven assets and growing uncertainty regarding the future direction of U.S. monetary policy.

In the previous session, prices of the yellow metal surged by approximately 1.5%, climbing in tandem with a significant plunge in stock markets as poor corporate profits and weaker-than-anticipated economic data fuelled worries of an impending economic crisis.

The Federal Reserve's hawkish comments further dampened sentiment. Despite indicators of decelerating inflation, Fed Vice Chair Lael Brainard warned on Thursday that interest rates will need to remain elevated so long as price pressures remain near 40-year highs. Her words paralleled those made by other Fed officials during the same time period.

However, the markets were uncertain as to the peak level of U.S. interest rates, as Fed officials provided predictions ranging from just below 5% to close to 6%.

Since figures demonstrated a continuous decrease in U.S. inflation, gold prices have increased, which is expected to persuade the Fed to adopt less aggressive action this year. In 2022, bullion prices were rattled by the Federal Reserve's hawkishness; nevertheless, the possibility of fewer rate hikes provided substantial relief.

In recent weeks, the potential of a global recession has raised the demand for gold as a safe haven, in light of several warnings that major economies could see a contraction this year.

Copper prices fell in early Asian trading, but were poised for a fifth straight week of gains due to enduring optimism on China's economic recovery.

China, the largest importer of copper in the world, began reversing the majority of anti-COVID actions in December. As a result, the price of copper has increased significantly during the previous few weeks.

This year's growing fears of a recession have impeded recent gains in the price of the precious metal.