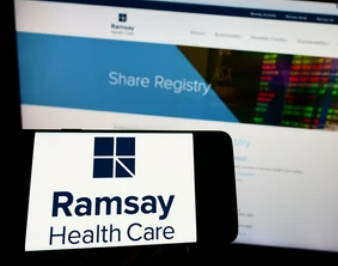 Ramsay Health Care and a consortium led by KKR have terminated purchase negotiations, the hospital operator announced Monday, putting an end to weeks of uncertainty.

The KKR-led firm initially approached Ramsay in April with a A$88 per share cash offer, but withdrew it in late August after the company disclosed a 39% decline in profits.

As per the all-cash proposal, Ramsay shareholders would receive A$88 per share, but only for the first 5,000 shares.

Larger shareholders obtained A$78.20 per share of Ramsay and 0.22 shares of its subsidiary in France, Ramsay Generale de Sante. Ramsay described the alternative concept as inferior.

The poor performance of the company was cited as the reason why KKR would not boost its $14.5 billion cash-and-stock offer. If Ramsay modifies its valuation expectations and considers a fresh offering, KKR will explore conditions that are mutually agreeable.

"The coalition cannot generate a fresh proposal at this time," Ramsay explained.

A KKR-led consortium official told Reuters, "Following a recent conversation with the Ramsay Board, we have amicably discontinued discussions."

A successful acquisition of Ramsay would have been the greatest private equity deal in Australia.

The inability of Ramsay to reach a deal with the KKR-led group exemplifies the growing problem of execution risks in Australian mergers and acquisitions.

Sydney Airport and Afterpay were among the major acquisitions in 2021.