1. Trading doesn't just reveal your character, it also builds it if you stay in the game long enough. -Yvan Byeajee

2. If most traders would learn to sit on their hands 50 percent of the time, they would make a lot more money. -Bill Lipschutz

3. The goal of a successful trader is to make the best trades. Money is secondary.” -Alexander Elder

4. Why do you think unsuccessful traders are obsessed with market analysis? They crave the sense of certainty that analysis appears to give them. Although few would admit it, the truth is that the typical trader wants to be right on every single trade. He is desperately trying to create certainty where it just doesn’t exist. -Mark Douglas

6. If you can learn to create a state of mind that is not affected by the market’s behaviour, the struggle will cease to exist. -Mark Douglas

8. Win or lose, everybody gets what they want from the market. Some people seem to like to lose, so they win by losing money. -Ed Seykota

10. My attitude is that I always want to be better prepared than someone I’m competing against. The way I prepare myself is by doing my work each night. -Marty Schwartz

11. Do more of what work and less of what doesn’t. -Steve Clark

12. The expectation that you bring with you in trading is often the greatest obstacle you will encounter. -Yvan Byeajee

13. I just wait until there is money lying in the corner, and all I have to do is go over there and pick it up. I do nothing in the meantime. -Jim Rogers

14. The market can stay irrational longer than you can stay solvent. -John Maynard Keynes

15. Fear, inherently, is not meant to limit you. Fear is the brain’s way of saying that there is something important for you to overcome. -Yvan Byeajee

16. Every battle is won or lost before it’s ever fought. -Sun Tzu

17. Entering trades is like a real battle – if you want to win it, you need to be ready and prepare for it. Markets are unpredictable, and you can’t predict every possible scenario, but what you can control is yourself. -Olawale Daniel

18. It's important to know what you want to accomplish with your investments before you actually invest. -Oscar Auliq-Ice

19. Everybody is a long-term investor till the market drops by 10% or more. -Olawale Daniel

20. Reaching any goal in trading requires specific domain knowledge and technical skills. But then, after that, it's all mindset management. Yet most people ignore that —they automatically think they have that last part all figured out, and it's a mistake. -Yvan Byeajee

21. The game taught me the game. And it didn’t spare me the rod while teaching. -Jesse Livermore

23. Risk comes from not knowing what you’re doing. -Warren Buffett

24. It's not always easy to do what's not popular, but that's where you make your money. Buy stocks that look bad to less careful investors and hang on until their real value is recognized. -John Neff

25. Events, circumstances, and experiences arise and pass away. Winning trades, losing trades, fear, greed, sadness, happiness, and eventually your own life. Everything is in a constant flux. Learn to go through it with stability of mind. A meditation practice helps a lot. -Yvan Byeajee

26. Where you want to be is always in control, never wishing, always trading, and always, first and foremost protecting your butt. -Paul Tudor Jones

27. The biggest risk is not taking a risk. In a world that’s changing really quickly, the only strategy that is guaranteed to fail is not taking risks. -Mark Zuckerberg

28. It is not the strongest or the most intelligent who will survive but those who can best manage change. -Charles Darwin

29. Trading is very competitive and you have to be able to handle getting your butt kicked. -Paul Tudor Jones

30. Most traders take a good system and destroy it by trying to make it into a perfect system. -Robert Prechter 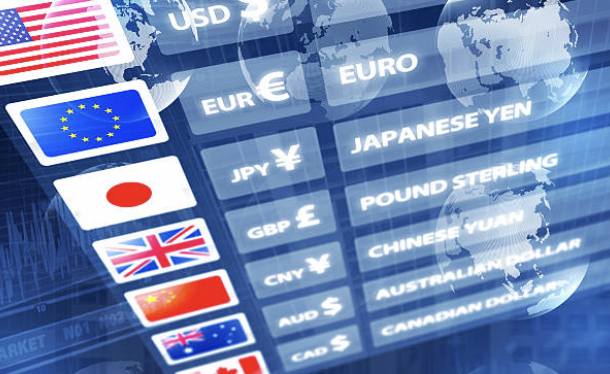 31. 99%+ of traders don't care about Ferraris and yachts. They just want to pay their bills, save a little extra money, and sleep well at night. The only way to do that is to bat 70% or more. Anything less, and these goals are nothing more than fantasy. -Mark Melnick.

32. Are you willing to lose money on a trade? If not, then don't take it. You can only win if you're not afraid to lose. And you can only do that if you truly accept the risks in front of you. -Sami Abusad.

33. I just wait until there is money lying in the corner, and all I have to do is go over there and pick it up. I do nothing in the meantime. -Jim Rogers

34. Patterns don't work 100% of the time. But they are still critical because they help you define your risk. If you ignore patterns and focus on hunches, feelings, and hot tips, just forget about achieving consistency. -Ifan Wei

35. I'm only rich because I know when I'm wrong. I basically have survived by recognizing my mistakes. -George Soros

37. It was clear to me that other people could trade for a living, and if it was possible for other people to do it, then I could persevere long enough to figure it out. -Rob Booker

38. Do more of what works and less of what doesn’t. -Steve Clark

39. Ultimately, consistent profitability comes down to choosing between the discomforts you feel when you follow your plan and the urge to let yourself be captures ( and ruled) by your emotions. -Yvan Byeajee

41. Limit your size in any position so that fear does not become the prevailing instinct guiding your judgment. -Joe Vidich

42. There is no single market secret to discover, no single correct way to trade the markets. Those seeking the one true answer to the markets haven’t even gotten as far as asking the right question, let alone getting the right answer. -Jack Schwager

43. In trading/investing, it’s not about how much you make but rather how much you don’t lose. -Bernard Baruch

44. If you personalise losses, you can't trade. -Bruce Kovner

45. The hard work in trading comes in the preparation. The actual process of trading, however, should be effortless. -Jack Schwager

46. All the math you need in the stock market is you got in the fourth grade. -Peter Lynch

48. The key to trading success is emotional discipline. If intelligence were the key, there would be a lot more people making money trading… I know this will sound like a cliche, but the single most important reason that people lose money in the financial markets is that they don’t cut their losses short. -Victor Sperandeo

49. Every trader has strengths and weaknesses. Some are good holders of winners but may hold their losers a little too long. Others may cut their winners a little short but are quick to take their losses. As long as you stick to your own style, you get the good and bad in your own approach. -Michael Marcus

51. The purpose of trading is not being right, the purpose is to make money, and I think that's my number-one rule. Don't get hung up on your current positions. -Dana Allen

52. Do not anticipate and move without market confirmation - being a little late in your trade is your insurance that you are right or wrong. - Jesse Livermore

53. The desire for constant action irrespective of underlying conditions is responsible for many losses in Wall Street even among the professionals, who feel that they must take home some money every day, as though they were working for regular wages. -Jesse Livermore

54. Learn to take losses. The most important thing in making money is not letting your losses get out of hand. -Marty Schwartz

56. Whatever method you use to enter trades, the most critical thing is that if there is a major trend, your approach should assure that you get in that trend. -Richard Dennis

57. The fundamental law of investing is the uncertainty of the future. -Peter Bernstein

58. Wall Street is the only place that people ride to in a Rolls Royce to get advice from those who take the subway. -Warren Buffett

60. Money is made by sitting, not trading. - Jesse Livermore

62. We want to perceive ourselves as winners, but successful traders are always focusing on their losses. -Peter Borish

63. My attitude is that I always want to be better prepared than someone I’m competing against. The way I prepare myself is by doing my work each night. -Marty Schwartz

64. Today, people who hold cash equivalents feel comfortable. They shouldn't. They have opted for a terrible long-term asset, one that pays virtually nothing and is certain to depreciate in value. -Warren Buffett

65. Only buy something that you'd be perfectly happy to hold if the market shut down for 10 years. -Warren Buffett

66. Throughout my financial career, I have continually witnessed examples of other people that I have known being ruined by a failure to respect risk. If you don’t take a hard look at risk, it will take you. - Larry Hite

67. I don’t think you can get to be a really good investor over a broad range without doing a massive amount of reading. I don’t think anyone book will do it for you. - Charlie Munger

69. A peak performance trader is totally committed to being the best and doing whatever it takes to be the best. He feels totally responsible for whatever happens and thus can learn from mistakes. These people typically have a working business plan for trading because they treat trading as a business. -Van K. Tharp

70. You don't need to be a rocket scientist. Investing is not a game where the guy with the 160 IQ beats the guy with 130 IQ. -Warren Buffet

71. Compound interest is the eighth wonder of the world. He who understands it earns it. He who doesn't pay it. -Albert Einstein

72. You never know what kind of setup market will present to you; your objective should be to find an opportunity where risk-reward ratio is best. -Jaymin Shah

73. In the short run, the market is a voting machine, but in the long run it is a weighing machine. -Benjamin Graham

74. You get a recession; you have stock market declines. If you don't understand that's going to happen, then you're not ready, you won't do well in the markets. -Peter Lynch

75. In a bull market, one can only belong or on the sidelines. Remember, not having a position is a position. -Richard Rhodes

76. Invest for the long haul. Don't get too greedy and don't get too scared. -Shelby M.C. Davis

77. People in markets find a way of getting down to the essentials of I have, you want; you have, I want. -Audre Lorde

78. The market is a device for transferring money from the impatient to the patient. -Warren Buffet

79. Investing should be more like watching paint dry or watching grass grow. If you want excitement, take $800 and go to Las Vegas. - Paul Samuelson

80. If stock market experts were so expert, they would be buying stocks, not selling advice. -Norman R. Augustine

81. The fundamental law of investing is the uncertainty of the future. -Peter Bernstein

82. If a trader is motivated by the money, then it is the wrong reason. A truly successful trader has got to be involved and into the trading, the money is the side issue… The principal motivation is not the trappings of success. It’s usually the by-product – simply stated, “the game’s the thing”. -Bill Lipschutz

83. The main purpose of the stock market is to make fools of as many men as possible. -Bernard Baruch

84. You have to identify your weaknesses and work to change. Keep a trading diary – write down your reasons for entering and exiting every trade. Look for repetitive patterns of success and failure. -Alexander Elder