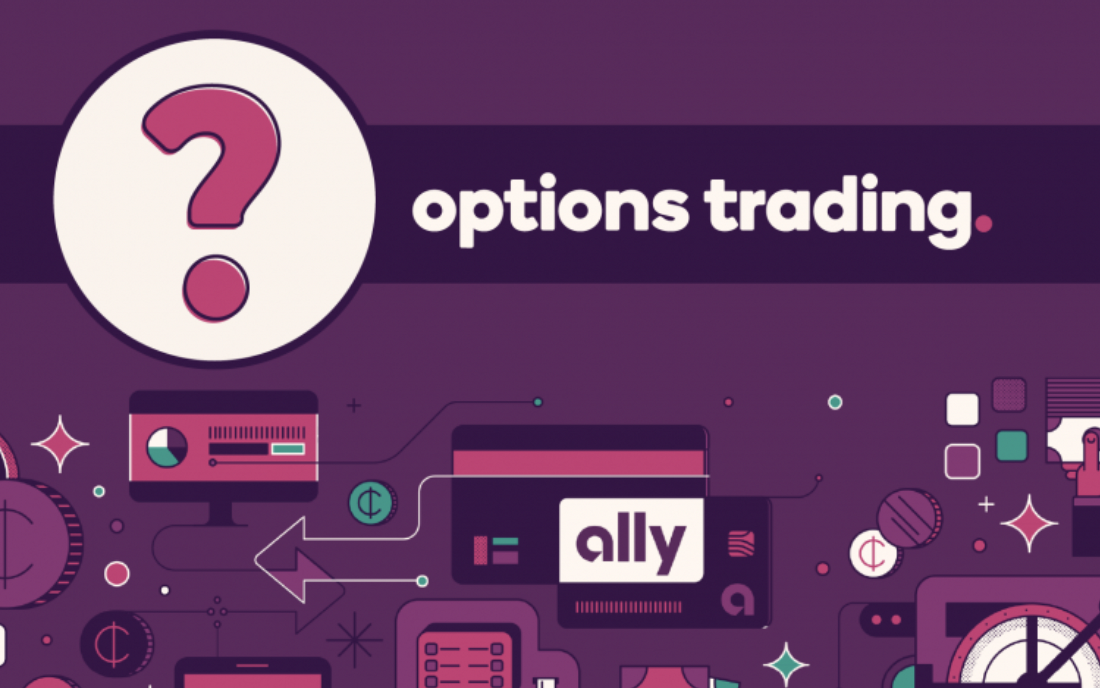 1. After spending many years in Wall Street and after making and losing millions of dollars I want to tell you this: it never was my thinking that made the big money for me. It was always my sitting. Got that? My sitting tight! It is no trick at all to be right on the market. I’ve known many traders who were right at exactly the right time, and began buying or selling stocks when prices were at the very level that should show the greatest profit. And their experience invariably matched mine; that is, they made no real money out of it. Traders who can both be right and sit tight are uncommon. I found it one of the hardest things to learn. But it is only after a stock operator has firmly grasped this that he can make the big money. -Jesse Livermore

3. The most important quality for an investor is temperament, not intellect. You need a temperament that neither derives great pleasure from being with the crowd or against the crowd. -Warren Buffett

4. If past history was all there was to the game, the richest people would be librarians.

5. I just wait until there is money lying in the corner, and all I have to do is go over there and pick it up. I do nothing in the meantime. -Jim Rogers

6. Look at market fluctuations as your friend rather than your enemy; profit from folly rather than participate in it.

7. I have two basic rules about winning in trading as well as in life: 1. If you don’t bet, you can’t win. 2. If you lose all your chips, you can’t bet. -Larry Hite

8. If you want to have a better performance than the crowd, you must do things differently from the crowd.

10. If you are not willing to own a stock for 10 years, do not even think about owning it for 10 minutes.

13. If a speculator is correct half of the time, he is hitting a good average. Even being right 3 or 4 times out of 10 should yield a person a fortune if he has the sense to cut his losses quickly on the ventures where he is wrong. -Bernard Baruch

14. Take your profits or someone else will take them for you. -J.J. Evans

15. Wall Street is the only place that people ride to in a Rolls Royce to get advice from those who take the subway.

16. There is no single market secret to discover, no single correct way to trade the markets. Those seeking the one true answer to the markets haven’t even gotten as far as asking the right question, let alone getting the right answer. -Jack Schwager

17. You don’t make money by trading, you make it by sitting. It takes patience to wait for the trade to develop, for the opportunity to present itself. Let the market come to you, instead of chasing the market. Chart patterns are very accurate. They have proven their accuracy and predictability time and time again, but you have to wait for them to develop. -Fred McAllen

18. Stock market bubbles don't grow out of thin air. They have a solid basis in reality, but reality as distorted by a misconception.

19. The secret to being successful from a trading perspective is to have an indefatigable and an undying and unquenchable thirst for information and knowledge. -Paul Tudor Jones

20. The financial markets generally are unpredictable. So that one has to have different scenarios. The idea that you can actually predict what's going to happen contradicts my way of looking at the market.

21. The biggest risk of all is not taking one. -Mellody Hobson

22. The hard work in trading comes in the preparation. The actual process of trading, however, should be effortless. -Jack Schwager

23. Go for a business that any idiot can run - because sooner or later, any idiot probably is going to run it.

24. Trading is not for the dabblers, the dreamers, or the desperate. It requires, above all, one steadfast trait – dedication. So if you are going to trade, trade like you mean it! -Rod Casilli

26. The desire for constant action irrespective of underlying conditions is responsible for many losses in Wall Street. -Jesse Livermore

28. If most traders would learn to sit on their hands 50 percent of the time, they would make a lot more money. -Bill Lipschutz

29. There is a huge difference between a good trade and good trading. -Steve Burns

30. The four most dangerous words in investing are: 'this time it's different.' -Sir John Templeton

31. Wall Street people learn nothing and forget everything.

32. The most important three words in investing is: “I don’t know.” If someone doesn’t say that to you then they are lying. -James Altucher

37. In trading the impossible happens about twice a year. -Henri M Simoes

38. A risk-reward ratio is important, but so is an aggravation-satisfaction ratio. -Muriel Siebert

39. My attitude is that I always want to be better prepared than someone I’m competing against. The way I prepare myself is by doing my work each night. -Marty Schwartz

40. I always define my risk, and I don’t have to worry about it. I walk into the pit every day with a clean slate, so that I can take advantage of what is going on. -Tony Saliba 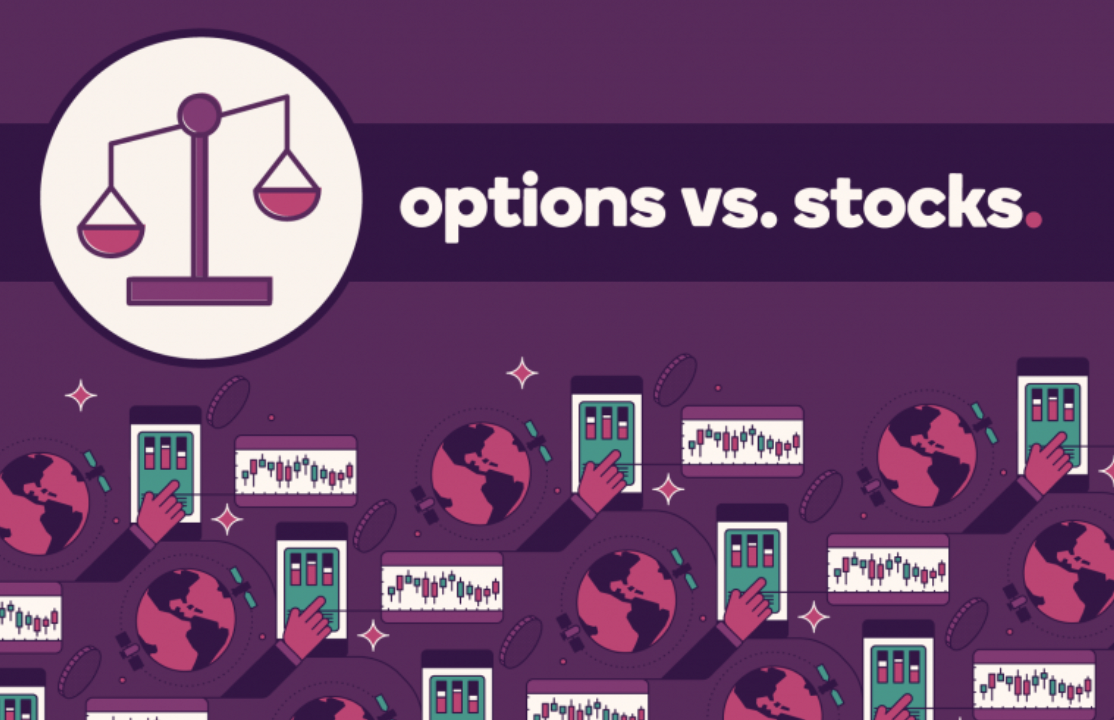 41. He who knows when he can fight and when he cannot will be victorious. -Sun Tzu

42. Never confuse your position with your best interest. Many traders take a position in a stock and form an emotional attachment to it. They'll start losing money, and instead of stopping themselves out, they’ll find brand new reasons to stay in. When in doubt, get out! -Jeff Cooper

44. Do more of what works and less of what doesn’t. -Steve Clark

45. Where you want to be is always in control, never wishing, always trading, and always first and foremost protecting your butt. -Paul Tudor Jones

46. Markets are constantly in a state of uncertainty and flux and money is made by discounting the obvious and betting on the unexpected. -George Soros

47. The game of speculation is the most uniformly fascinating game in the world. But it is not a game for the stupid, the mentally lazy, the person of inferior emotional balance, or the get-rich-quick adventurer. They will die poor. -Jesse Livermore

48. People who succeed in the stock market also accept periodic losses, setbacks, and unexpected occurrences. Calamitous drops do not scare them out of the game. -Peter Lynch

49. I just wait until there is money lying in the corner, and all I have to do is go over there and pick it up. I do nothing in the meantime. -Jim Rogers

50. The market can stay irrational longer than you can stay solvent. -John Maynard Keynes

51. The whole secret to winning big in the stock market is not to be right all the time, but to lose the least amount possible when you’re wrong. -William J. O'Neil

52. Price lies all the time. Facebook can be valued at $40 billion and then $20 billion and then $200 billion inside of a four-year period of time. Which of these prices is the truth? None of them. But all of them were momentarily true, until they were rendered a lie, and a new truth was forged in the fires of the marketplace. Sunrise, sunset. Prices change and, with them, the truth itself. -Josh Brown

53. If you don’t respect risk, eventually they’ll carry you out. -Larry Hite

54. If a trader is motivated by the money, then it is the wrong reason. A truly successful trader has got to be involved and into the trading, the money is the side issue… The principal motivation is not the trappings of success. It’s usually the by-product – simply stated, “the game’s the thing”. -Bill Lipschutz

56. A rising tide lifts all boats over the wall of worry and exposes bears swimming naked.

57. All you need is one pattern to make a living. -Linda Raschke

58. Markets can remain irrational longer than you can remain solvent. -John Maynard Keynes

60. I think to be in the upper echelon of successful traders requires an innate skill, a gift. It`s just like being a great violinist. But to be a competent trader and make money is a skill you can learn. -Michael Marcus

62. Once you find the system that works for your style/personality and confidence is gained, wash, rinse, repeat over and over again.

63. When the public is most frightened, only the strong are left, and that's when the market is in the best possible hands. -Victor Niederhoffer

64. If you can’t take a small loss, sooner or later you will take the mother of all losses. -Ed Seykota

65. A peak performance trader is totally committed to being the best and doing whatever it takes to be the best. He feels totally responsible for whatever happens and thus can learn from mistakes. These people typically have a working business plan for trading because they treat trading as a business. -Van K Tharp

66. Where you want to be is always in control, never wishing, always trading, and always, first and foremost protecting your butt. After a while size means nothing. It gets back to whether you’re making 100% rate of return on $10,000 or $100 million dollars. It doesn’t make any difference. -Paul Tudor Jones

67. I rarely think the market is right. I believe non-dividend stocks aren't much more than baseball cards. They are worth what you can convince someone to pay for it. -Mark Cuban

68. Your success in investing will depend in part on your character and guts, and in part on your ability to realize at the height of ebullience and the depth of despair alike that this too shall pass. -John Bogle

70. Sometimes the best trade is no trade.

71. Predicting the stock market is really predicting how other investors will change estimates they are now making with all their best efforts. This means that, for a market forecaster to be right, the consensus of all others must be wrong and the forecaster must determine in which direction-up or down-the market will be moved by changes in the consensus of those same active investors. -Burton G. Malkiel

72. The only true test of whether a stock is “cheap” or “high” is not its current price in relation to some former price, no matter how accustomed we may have become to that former price, but whether the company’s fundamentals are significantly more or less favorable than the current financial-community appraisal of that stock. -Philip Fisher

73. As long as you enjoy investing, you’ll be willing to do the homework and stay in the game. -Jim Cramer

76. The price of a commodity will never go to zero. When you invest in commodities futures, you're not buying a piece of paper that says you own an intangible piece of company that can go bankrupt.  -Jim Rogers

77. Don’t focus on making money, focus on protecting what you have. -Paul Tudor Jones

79. Other people snap up the riskless profits pretty fast and bid the price of calculable risk opportunities to near their fair values. Things get a lot less crowded if you go for the incalculable risks, leaps of faith that cannot be inspected carefully before takeoff. So that is where you find extraordinary opportunities. -Aaron Brown

80. When in doubt, get out and get a good night’s sleep. I’ve done that lots of times and the next day everything was clear… While you are in the position, you can’t think. When you get out, then you can think clearly again. -Michael Marcus