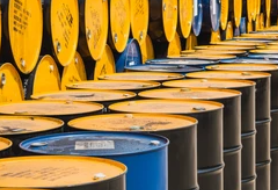 On Monday, the Biden administration rescinded a Trump administration proposal that would have permitted the government to lease more than two-thirds of the country's greatest tract of public property to oil and gas drilling.

The decision by the Bureau of Land Management reduces the amount of land available for lease in Alaska's National Petroleum Reserve, a nearly 23 million-acre zone home to species such as caribou and polar bears.

The decision reverts to an Obama-era plan that authorizes fossil fuel exploitation in up to 52% of the reserve, vs the Trump administration's desire to open up 82 percent of the land to drilling. Additionally, it will reinstall some environmental safeguards for designated portions of the reserve, including Teshekpuk Lake, a wildlife-rich wetland complex.

The action comes after the Bureau of Land Management awarded the fewest oil and gas permits for drilling on public lands under the Biden administration earlier this year.