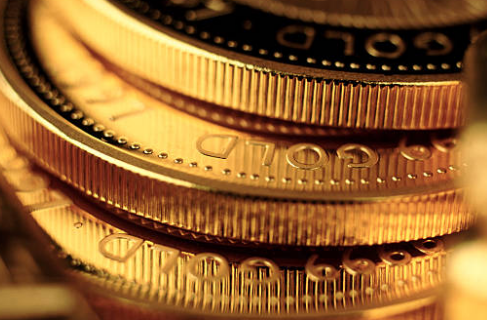 Gold prices remained at eight-month highs on Tuesday, having remained within a narrow range in recent sessions as investors awaited additional cues from a plethora of economic data due this week, with a particular focus on any signs of a recession.

Despite a modest dollar recovery, Monday's trading volumes in the yellow metal were also constrained by a U.S. holiday.

The markets are awaiting key inflation figures from the Eurozone and the United Kingdom, as well as retail sales and industrial output data from the United States, in order to determine whether the world's largest economies will experience a potential slowdown due to tight monetary conditions.

The Bank of Japan's policy meeting on Wednesday is also in the spotlight, given the central bank's unexpectedly hawkish tone at its December meeting. The action had a significant impact on the dollar and marginally supported commodity prices.

As the effects of rapid monetary tightening in 2022 become apparent, the markets are preparing for the possibility of a recession in major economies. Earlier this month, the International Monetary Fund had warned of a similar circumstance in 2023.

A potential recession is expected to benefit gold because it could force the Fed to halt its rate-hiking cycle. In 2022, the central bank initiated one of its most severe monetary tightening campaigns, which boosted the dollar and weakened metals and other non-yielding assets.

The price of copper increased slightly on Tuesday after falling significantly from a seven-month high the day before. The expectation of a demand recovery in China, the world's largest importer, has contributed to the metal's month-to-month increases.

Despite the fact that China has recently loosened the majority of its anti-COVID regulations, there has been a significant increase in COVID-19 cases, which casts doubt on the timeline for economic recovery. Tuesday's GDP data will likely shed additional light on this trend.